Quite some time ago (*cough* about two months *cough*) Shintar tagged me to provide some screenshots. Unfortunately, I could not honour her request right away because (a) it interfered with my scheduled blogging plans and more importantly because (b) I do not take that many screenshots to begin with. I took a quick look at my World of Warcraft screenshot folder and did not find any good ones at all. Also, since the main focus of this blog should actually be on Star Wars: The Old Republic I wanted some screenshots from this game.

Better late than never they say, so here are – without further ado – four screenshots: 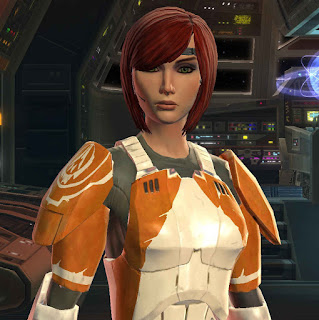 This is my level 50 – tanking – Vanguard, my main character, the commander of Havoc Squad, unwaveringly loyal to the Republic. 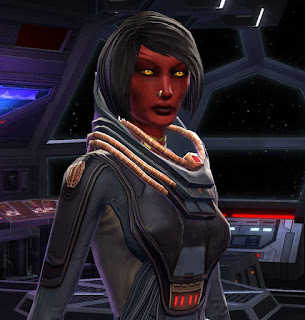 This is my level 40 – lightning – Sith Sorcerer, the second character I created. She is truly evil at heart and enjoys nothing more than causing destruction and mayhem. I took her to level 40, but then became really hooked on the Trooper’s story line and followed that though to the end. 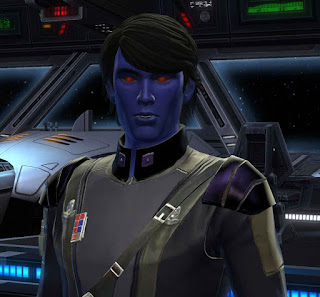 This is my level 30 – healing – Operative, a character that I play exclusively with my brother-in-law. He is loyal to the Empire and favours the Light Side. This does cause some problems with his companion Kaliyo Djannis.

Finally, this screenshot shows a rather disturbing development. It seems like the "GOGOGO!" kiddies have already infiltrated a galaxy far, far away. I am a firm believer in the old Undead motto: Patience. Discipline.
Posted by Maldwiz at 10:39

Email ThisBlogThis!Share to TwitterShare to FacebookShare to Pinterest
Labels: SWTOR